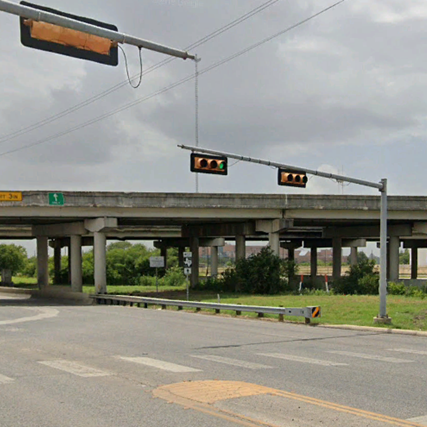 The Texas Department of Transportation (TxDOT) is proposing to improve the interchange of I-410 at I-10 East in Bexar County, Texas. The improvements would be located along five miles of I-410 between FM 78 (Old Seguin Road) and US 87 (Rigsby Road), and along four miles of I-10 from FM 1346 (East Houston Street) to Foster Road, in San Antonio and Bexar County, Texas. The project would be constructed in phases and would improve mobility on the I-410 and I-10 mainlanes by: replacing existing cloverleafs with direct connectors (flyover bridges), relocating ramps, realigning frontage roads into a normal signalized intersection, completing the small gaps typically at railroad crossings and adding through travel lanes, adding a continuous flow interchange, which will improve frontage road continuity along I-410 and connect Loop 13 (W.W. White Road) with Corner Parkway and Springfield Road. SLG was charged with creating a shadow estimate for construction and maintenance. The project was broken into major components (bridge, mainlane, frontage road, etc.) in order to calculate long term maintenance costs for the project as a whole. 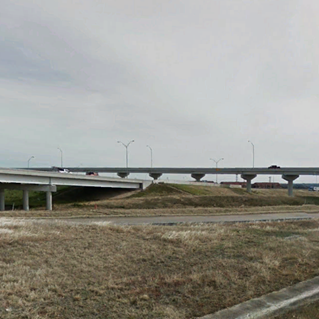 The Texas Department of Transportation (TxDOT) is proposing to reconstruct and add capacity to Interstate Highway (I) 20, I-820 and United States Highway (US) 287 including three major interchanges in southeast Tarrant County within the cities of Arlington, Forest Hill, Fort Worth, and Kennedale. The major interchanges are the I-820/US 287 Interchange, the I-20/I-820 Interchange, and the I-20/US 287 Interchange. This project spans approximately 16 miles and would add main lanes and frontage roads to I-20 from Forest Hill Drive to Park Springs Boulevard, I-820 from I-20 to Brentwood Stair Road, and US 287 from Bishop Street to Sublett Road. New frontage roads would be constructed at various locations, and bicycle and pedestrian accommodations would be provided throughout. The project is collectively referred to as the “Southeast Connector.” SLG reviewed the project schematic and created quantity spreadsheets to break out the project into major components. SLG then used this information to develop shadow estimates for construction and maintenance. 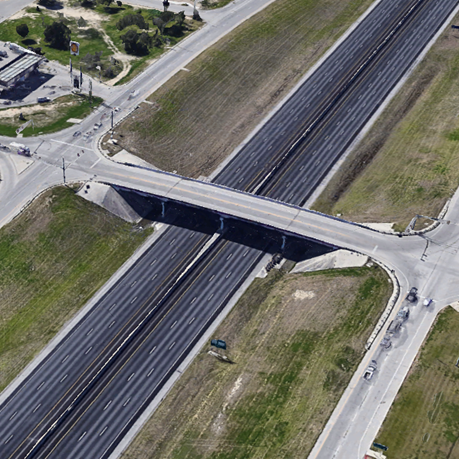 The Texas Department of Transportation (TxDOT) and the Federal Highway Administration (FHWA) propose improvements to Interstate Highway 35 (I-35) in South Central Texas from I-410 South in San Antonio to Farm-to-Market (FM) 1103 in Schertz. The proposed project would add capacity in the form of elevated managed lanes. In addition, proposed direct connectors would link the managed lanes to the existing I-410 South, I-410 West, and Loop 1604 facilities. The proposed project, generally referred to as the I-35 Northeast San Antonio Expansion Project, is located in Bexar, Guadalupe, and Comal Counties.  Cities and towns within the study area include San Antonio, Windcrest, Live Oak, Universal City, Selma, Schertz, Kirby, and Cibolo. The construction limits of the project account for transitions into the existing roadways and extend approximately 2.8 miles south of the project begin at I-410 South to just south of Copeland Drive, and extend approximately 1.3 miles north of the project end at FM 1103. In support of efforts to reduce project construction costs while maintaining an acceptable return on the investment, SLG studied alternative project scenarios by looking at revised direct connector alignments and designing cross-over bridges to allow potential elimination of portions of the managed lanes.  SLG also assisted in development of revised quantities and cost estimates for the project. 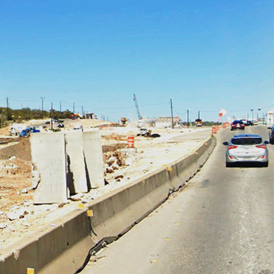 The need for improvements to the US 281 project corridor stems from historic and continuing trends in population and employment growth along the corridor and within the surrounding areas. This proposed eight-mile segment, between LP 1604 and Borgfeld Drive, doubles the number of existing lanes and completes direct connections with LP 1604. This project is an integral part of the San Antonio-Bexar County MPO’s long-range transportation plan. Under this WA, SLG led efforts for development of project technical provisions, participated in alternative technical concept evaluations, assisted in design review of project schematics, supported the development of preliminary cost opinions for construction and maintenance and attended working group meetings as needed. 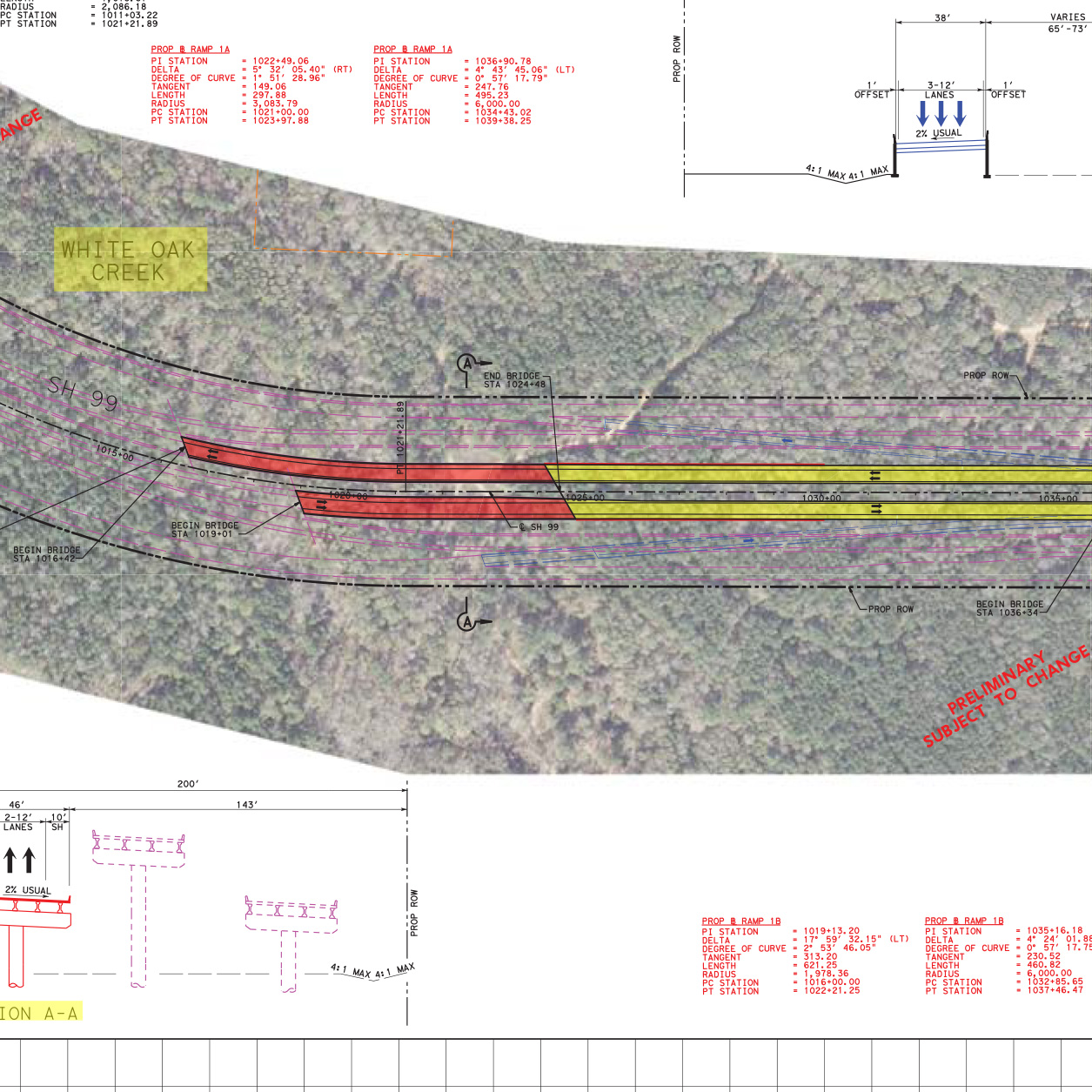 State Highway 99 (the Grand Parkway) is a proposed 180-mile circumferential highway traversing seven counties in the Greater Houston Area. It is divided into 11 Segments designated A through I-2. For Segments H, I-1, and I-2 the alternative alignments were developed within the project area to fulfill the need for and purpose of the project, to minimize potential environmental impacts, and to respond to public/landowner and resource agency comments. Project required engineering support and feasibility review services under a procurement contract for SH 99 from near US 59 to SH 146. Under this WA, SLG assisted in design review of project schematics and supported the development of preliminary cost opinions for construction and maintenance. 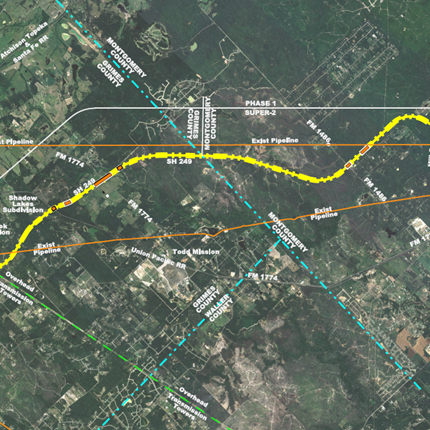 Project required design assistance and supplemental services under a procurement contract for SH 249 Preliminary Studies from near FM 149 in Montgomery County to SH 105 in Grimes County. Under this WA, SLG assisted in development of preliminary cost opinions and prepared necessary presentation materials, reports and exhibits to support the above tasks. 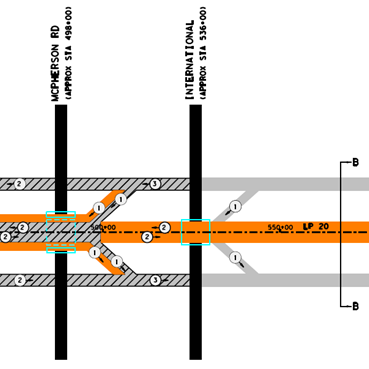 Project required design assistance and supplemental services under a procurement contract for the Loop 20 expansion Project from IH 35 to US 59 in Laredo. Under this WA, SLG assisted in development of route alternatives, design criteria and preliminary cost opinions; assisted in coordination with project stakeholders; reviewed existing and proposed ROW for compatibility with design and identified potential constraints; conducted design criteria analyses for the project limits; identified potential cost saving solutions; and prepared necessary presentation materials, reports and exhibits to support the above tasks. 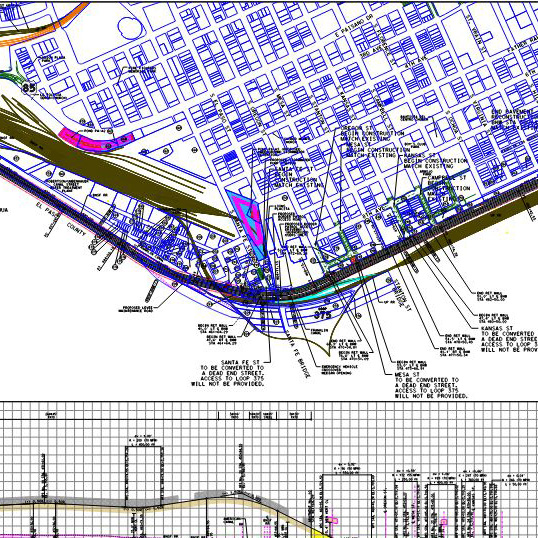 Project required design assistance and supplemental services under a procurement contract for the Loop 375 Border Highway West Extension Project from Racetrack Dr. to US 54 in El Paso. Under this WA, SLG assisted in development of technical provisions, design criteria and preliminary engineering documents; assisted in the development of RFQ documents for potential responders; assisted in coordination with project stakeholders including the BNSF Railroad, U.S. Customs and Border Protection and area utilities; assisted in determinations of limits of operations and maintenance; conducted design criteria analyses for the project limits; distributed information through the project e-mail site and monitored for questions and responses; identified potential cost saving solutions; and prepared all necessary presentation materials, reports and exhibits to support the above tasks. Involvement continued through the escrowed document review and into miscellaneous support during the construction phase. 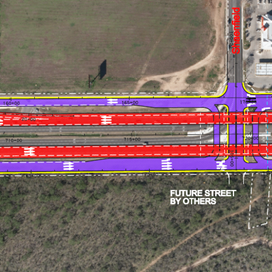 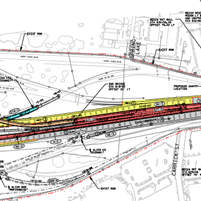 Project required design assistance and supplemental services under a procurement contract for improvements to over 28 miles of IH 35E from just north of IH-635 in Dallas to US 380 in Denton. Under this WA, SLG reviewed and updated probable construction and maintenance costs for the initial Phase 1 construction project and for ultimate configuration improvements. Cost determinations for the ultimate configuration required the analysis of schematic design alongside PS&E plans to determine what improvements could remain and what would have to be rebuilt. Tasks included preparation of all necessary documentation and exhibits to support the estimates. 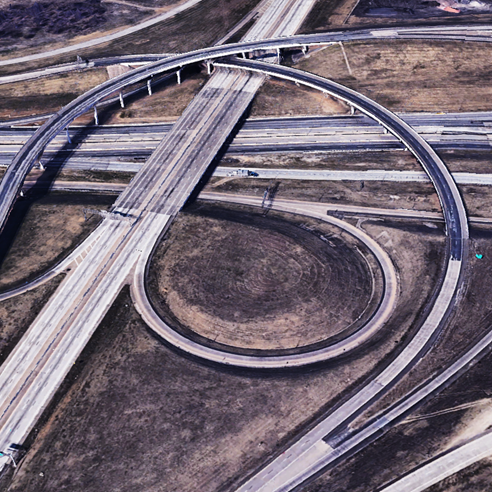 Project required design assistance and supplemental services under a procurement contract for improvements to over 26 miles of SH 183 east of SH 121 to IH 35E; Loop 12 at SH183 to IH 35 E; and SH 114 east of International Pkwy. to SH 183. Under this WA, SLG reviewed and updated probable construction and maintenance costs for all phases and segments of construction. Tasks included preparation of all necessary documentation and exhibits to support the estimates.